Since 1990, Buffalo Niagara has seen a marked increase in diversity, but, at a macro level, the region remains more homogenous than New York or the U.S. as a whole. At a micro level, the diversification is not uniform across municipalities or throughout Buffalo Niagara’s communities.

Every municipality in the region now has a higher share of populations of color than in 1990. But delving into the details within communities, it is clear that there are concentrations of diversification, while many communities remain almost entirely white. 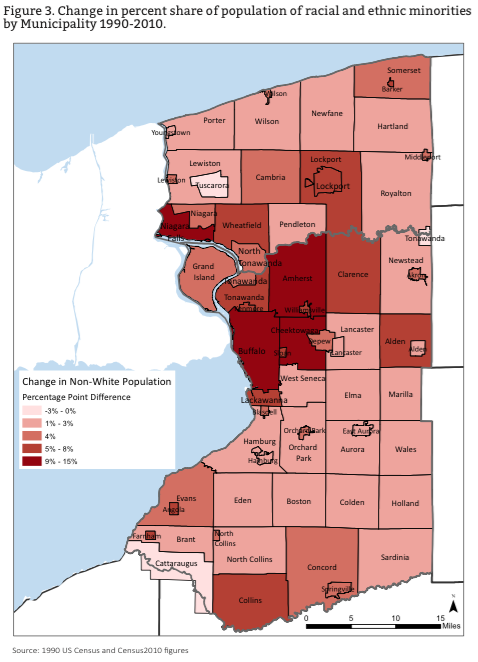 At a neighborhood level, the highest increases in populations of color are occurring throughout Buffalo’s west, north and far east sides and in central Niagara Falls. In the first ring suburban communities, are diversifying mainly nearest their borders to the city of Buffalo: western Cheektowaga, south and west Amherst and portions of the southern end of Tonawanda. 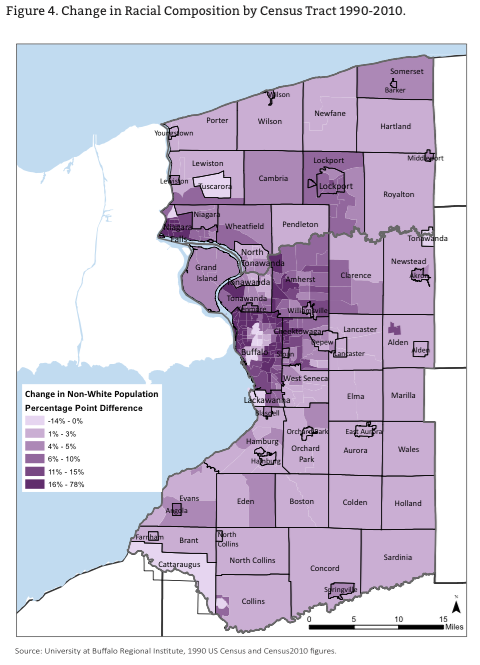 The traditionally African-American neighborhoods on Buffalo’s near east side and the region’s Native American Nations represent the only communities in the region that have a smaller percentage of people of color than in 1990. On the near east side this is largely driven by an outflow of African-American residents throughout the 2000s, but development pressures along Main Street and around the Buffalo Niagara Medical Campus are also fostering fears of displacement as property values and real estate speculation increase. 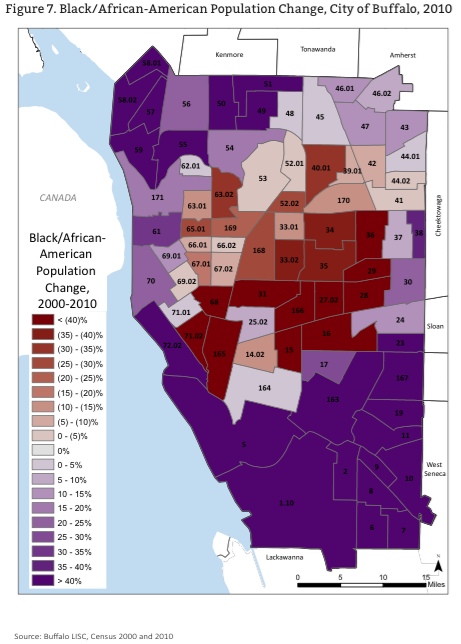 Though overall level of segregation throughout the region are trending downwards, segregation levels are still disproportionately high in Buffalo Niagara, and population of color are largely geographically concentrated: African-Americans in and near Buffalo’s east side and in Niagara Falls, Latino/ Hispanic populations along the Niagara River in Buffalo, and Asians on Buffalo’s west side and in southwestern Amherst. 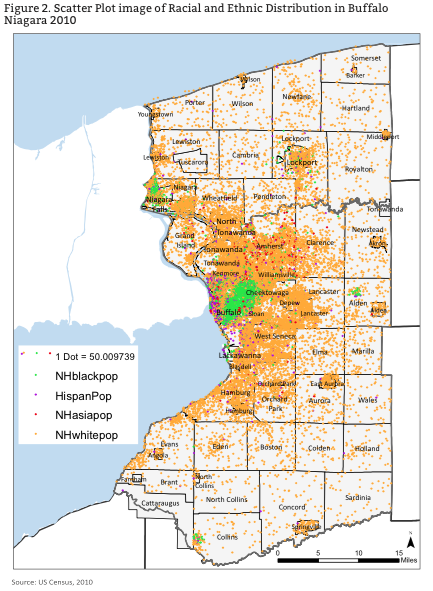 Though economic arguments are often cited as the reason some communities have low shares of populations of color, a test that controls for economic factors actually reveals that these arguments cannot account for the segregation that we observe and experience in Buffalo Niagara, with larger than expected shares of white population — and lower shared of persons of color — in the majority of Buffalo Niagara’s municipalities with very notable exceptions in and around the core cities of Buffalo and Niagara Falls. 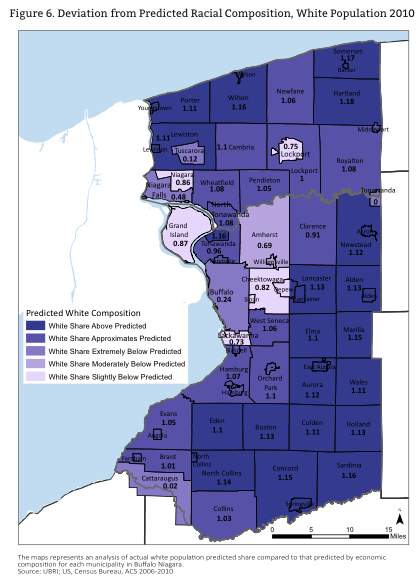 Tomorrow we’ll take a closer look at how this racial and ethnic segregation manifests itself throughout the region.

Special thanks to Brian Conley from the UB Regional Institute who created these maps, all of which can be found in the One Region Forward Fair Housing Equity Assessment.