No blog post can come close to capturing the honest and authentic tapestry woven by our tour guides packed with community initiative, architectural style and history, perceptions and misperceptions of economic development, the uncertainty now cast by normalized relations with Cuba, the influence of federal housing policy and the politics of local land regulation on the shape of the city and its neighborhoods and placemaking as a key to bringing together divided communities. (Whew!) I’d like to also give a Make Communities hat-tip to Maria Jimenez Colon (Director of Escuela De Derecho at Universidad de Puerto Rico) who I was lucky enough to sit next to on the tour and who was both incredibly knowledgeable and patient with the slew of question I threw at her throughout our afternoon. Her insights added additional color to an already rich and eye-opening trip around San Juan. All in all, it was enough to make this urban policy wonk’s head spin and heart swoon.

Beyond the resorts along the shore in Condado, San Juan is a beautiful place – both the natural and built environments – that is marked by deep divisions between the haves and have nots. The garrisons at the north end of Old San Juan are a stunning foreground for endless ocean views. These fortifications are on either side of La Perla, a historically squatter and low-income neighborhood facing displacement pressure because of the ocean front land it occupies. A traditional promenade leading into Old San Juan is undergoing a major renovation, but is also facing the prospect of new commercial buildings that threaten unspoiled public views. On the southern end of Old San Juan, cruise ship berths welcome tourists on a regular basis but this, too, is problematic because of the minimal economic impact these stopovers have, as lodging and meals are all taken aboard the ship. Despite misperceptions to the contrary only about 10% of Puerto Rico’s economy is in the tourism sector. 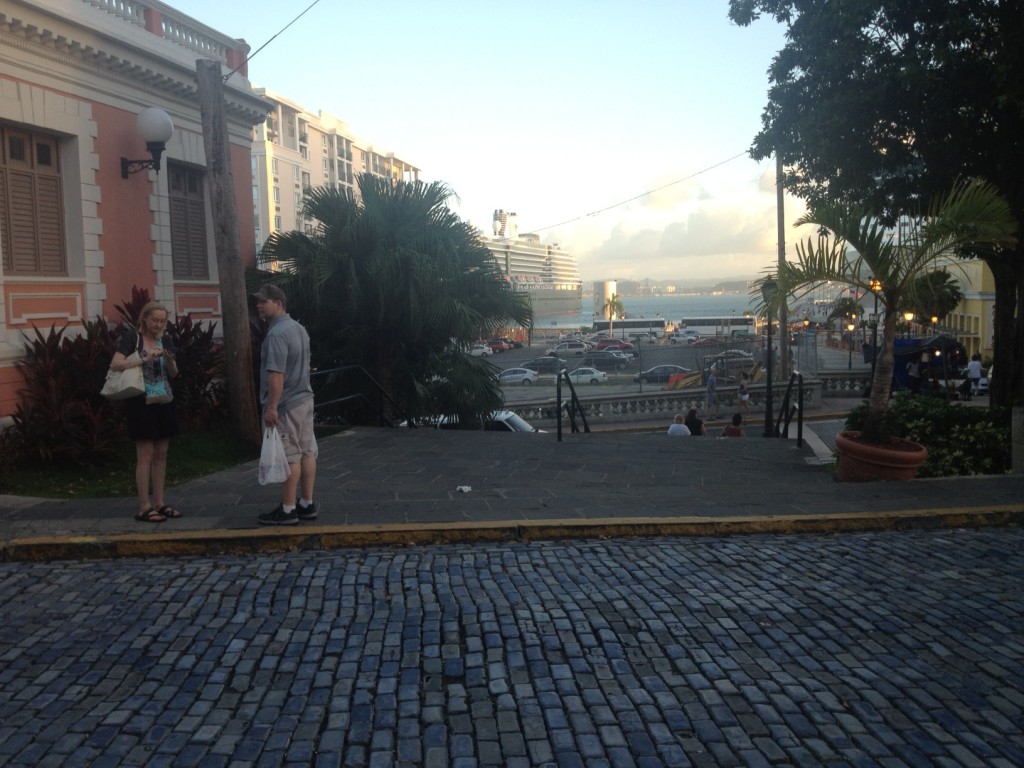 Across the island, deep and persistent economic challenges have lead to a relatively swift population drop, and San Juan is not immune. Our tour guides put the city’s population loss in the tens of thousands throughout the last few years. At the same time, a recent history of overbuilt high-end housing persists. Condo towers in the central business district, Hato Rey, and on the edge of Peninsula La Isleta de San Juan typify the problem. In some cases, financiers have stepped in to take over stalled projects and brought down prices to cut their losses – but have not cut them far enough to be accessible to the vast majority of Puerto Ricans. 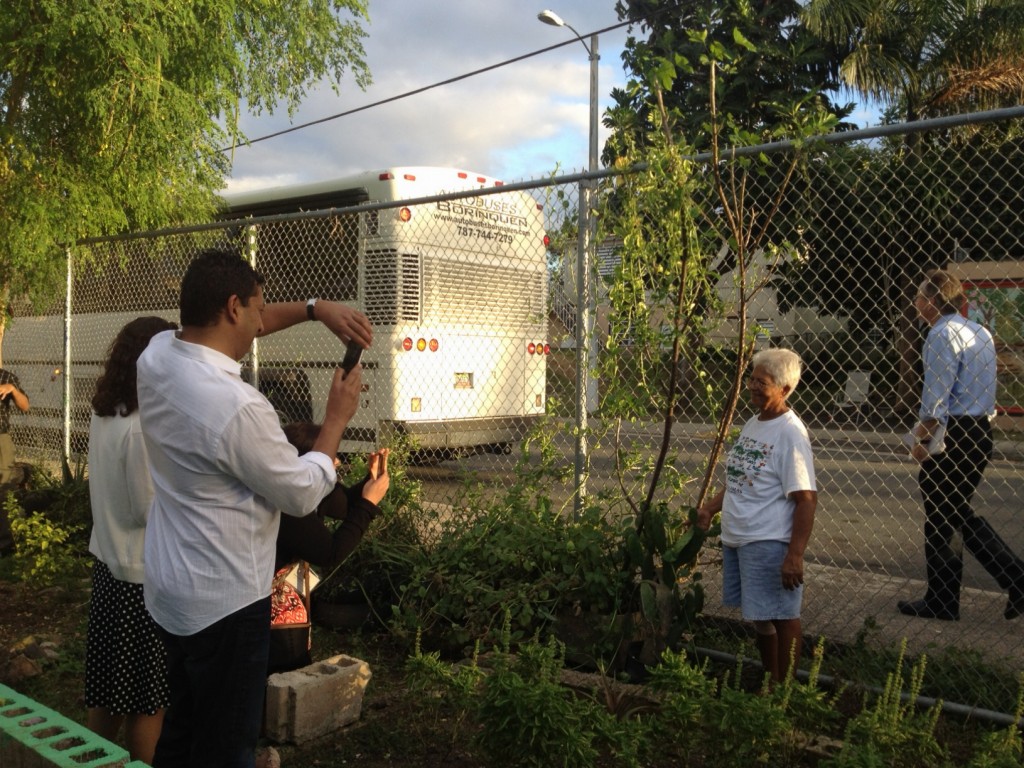 However, in the neighborhoods, stories of incredible community initiatives take center stage. In Proyecto ENLACE Cano Martin Pena a participatory planning process and pioneering Community Land Trust are mitigating environmental hazards, bringing new stability and enhancing community connectedness. In a story that should be close to the heart of Buffalo’s near west-siders, we had the opportunity to meet leaders of these efforts and see and the results of hear the story a local matriarch who literally dug-in to plant a garden on an illegal dumping ground on the neighborhood’s main street, creating a sense of community pride and halting the flow of garbage in short order. 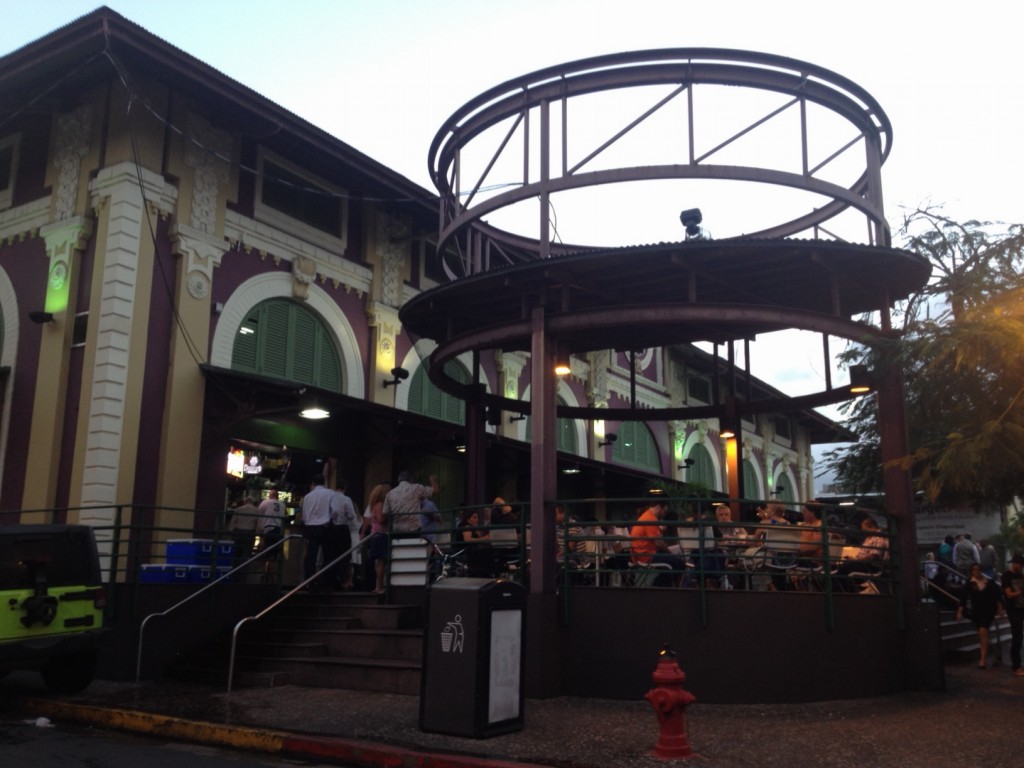 Other highlights of the tour included the murals in El Gandul of the Santurce neighborhood, the stately Ave Ponce De Leon and the revival of La Placita market, a revitalized early 20th century market that has become a mingling point at the intersection of traditionally divided upper-income and working class communities.

Thanks again to our hosts for their insight and local knowledge about this incredible city and its residents!