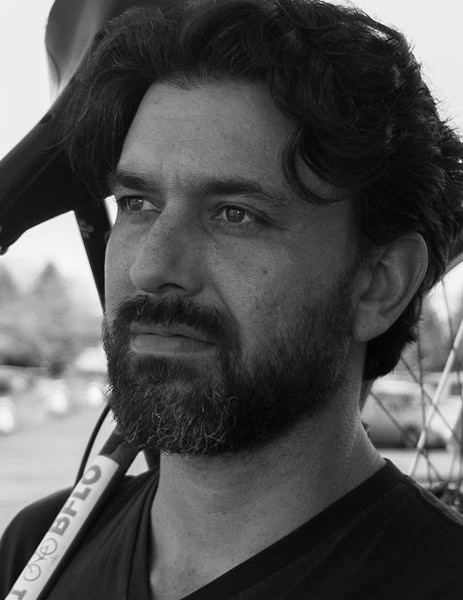 Justin is an expert in creating livable streets and vibrant communities. He founded and directs Buffalo’s bicycle advocacy organization and is responsible for institutionalizing the voice of cyclists and pedestrians within the City of Buffalo. In addition to his local work, he has helped communities across New York and beyond examine, critique and plan for streets that increase activity and safety for all users.

In addition to his role as at Make Communities, Justin serves as Executive Director of GObike Buffalo. At GObike, he has fostered growth from a kitchen-table organization to a growing and experienced advocate for Complete Streets and people-first transportation in the region. From its roots in 2008, he has raised millions in state, federal, and private foundation grants for a diverse array of program and projects across the region.

Prior to the founding of GObike Buffalo, Justin was the NYS Coordinator for the Safe Routes to School National Partnership identifying policies and encouraging investments in bicycle and pedestrian infrastructure. In his current capacity he has continued and expanded on this role.

He has extensive experience with City of Buffalo and NYSDOT policy and procedure, and was a leading force in the passage of city, county and statewide policies for Complete Streets. Justin has authored or co-authored numerous policy and local planning documents addressing livability and people first design and has provided expertise in the development of Buffalo’s Green Code.

Justin also serves as the Chair of the Common Council’s Bicycle and Pedestrian Advisory Board. He is a member of many regional and statewide working groups, and task forces for more livable and accessible communities across the state.

He was named a Buffalo Game Changer by Buffalo Spree and was profiled as one of six Buffalo News Outstanding Citizens of 2013 and was a runway model for Mass Appeal, a fundraiser for the Elmwood Village Association – an honor his friends and family will never let him live down.

Justin holds a BA in Health and Wellness from Buffalo State College and an MS in Education and Health from Canisius College.